Hi, this is Colleen from HardBoiled Studios! HardBoiled Studios is a student-run video game development studio, and we have been working on our debut game Yolked since Winter of 2020. And eep, the secret is OUT! We’re releasing our game on Steam for early access in October 2021. It’s been a long but rewarding journey, and we’re so excited to have you all play it!

You may not know much about us yet, but not for long! If you’re interested, keep up with us through our DevBlogs. Today, I’ll be sharing the story of how Yolked was born. *Cue the harps*

Our core team consists of our video game developers: Baha Okten, Floney Yang, and Hazel Wong. Baha, Floney, and Hazel alumni of the University of Michigan, Computer Science majors, and video game lovers. In January 2020, the trio met each other in a class called “Introduction to Video Game Development”. It was an elective that had interested each of them because of their affinity towards video games: Baha modded and owned several Minecraft servers growing up, Hazel has always been a casual gamer, and Floney was fascinated with games that had beautiful designs.

For the final project, Baha, Floney, Hazel, and two other classmates formed a team to create a demo version of Yolked for the Virtual Games Showcase at the end of the semester. Hazel came up with the idea of an egg escaping a kitchen, and they all wanted to create a fun, humorous game that had difficult but addicting mechanics. Yolked originally started as a co-op game; however, the team decided to make Yolked a single player game since their showcase would be in a remote setting (thanks, COVID). And then... Yolked won first place in the showcase! 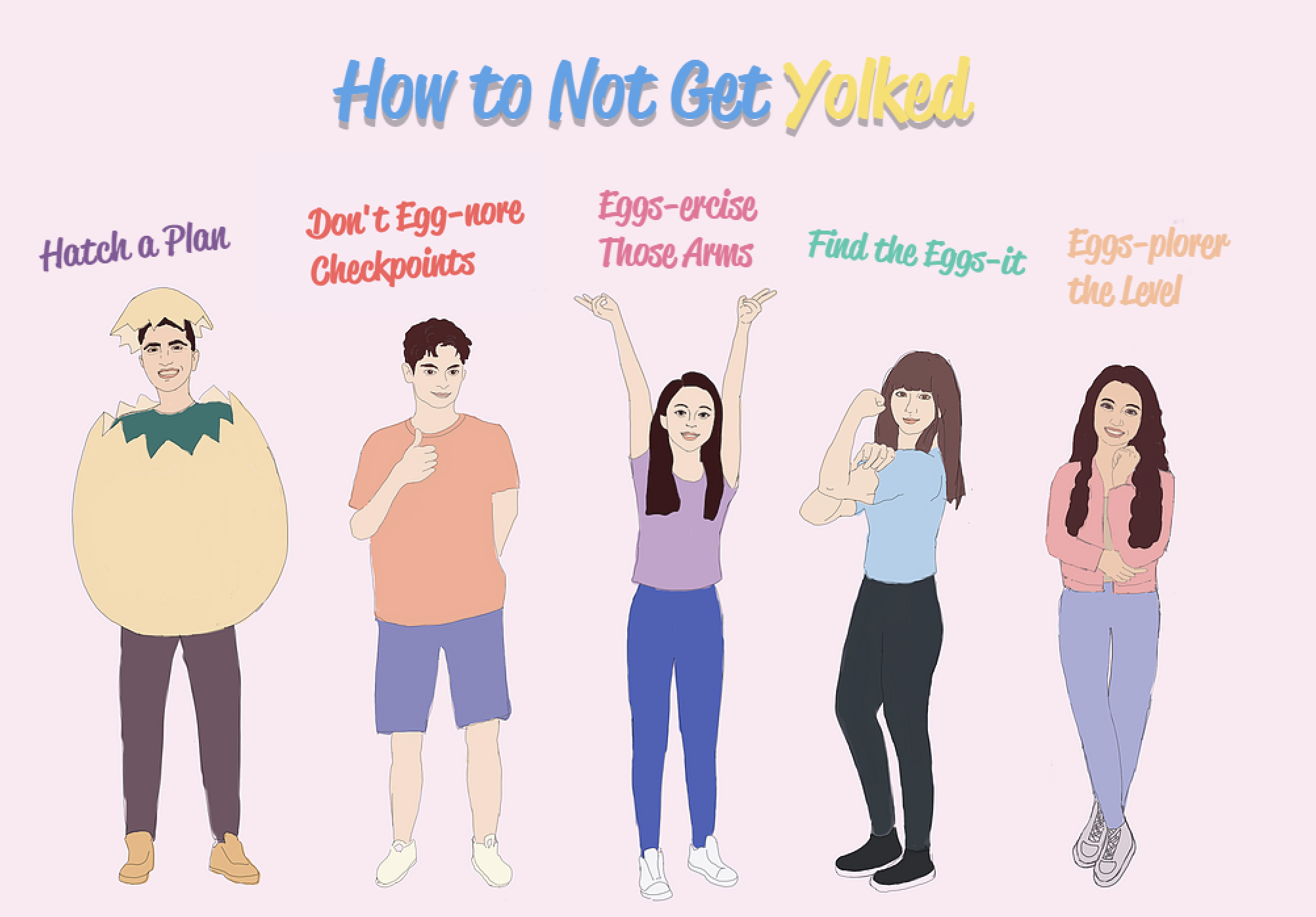 Baha reminisced about the project saying that their group “was probably one of the best teams that we could have. It was really balanced, and we were all lucky to be on the same team. We synergize really well. We all have really important tasks that couldn’t have been done with one of us missing… And we became really good friends.”
⬆️ Author’s note: Aw, all this sweetness might give me a cavity 🦷🥰

Yolked’s initial success during the student showcase compelled the trio to continue working on completing the game. To help with the art and assets for the game, Eli Lustig (also a University of Michigan student) joined the team as a 3D Artist in August 2020.

The small, four-person team at the time realized during the summer of 2020 that they wanted to see how the project might fit into the “real” gaming world. They wanted to learn more about the gaming industry and put their all into it! They started submitting applications and emailing pitch decks to indie game publishers and caught the attention of several publishing studios during this process. In the end, they decided to partner with Hitcents due to their extensive experience with marketing and the fact that they had a similar vision for our game. I (Colleen Tacubao) joined in June 2021 to work on marketing for the team.

The transition from class project to soon-to-be-published indie video game was a gradual one. Still, we all have the same vision to take this as seriously as we can to get experience and, most importantly, to create a good game for people to enjoy.

Stay tuned! Yolked will be published on Steam and Nintendo Switch in 2022. Early access on Steam will be in October 2021. For more information, feel free to subscribe to our email list and follow us on these platforms.